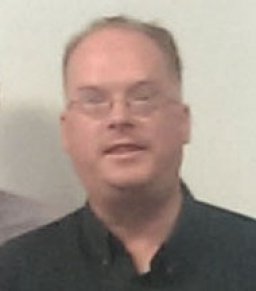 Recently I’ve been doing some research into doing barcode scanning in FileMaker Go. While this is something that isn’t possible natively with FileMaker, there are companies that have already looked into this problem and have created solutions. The one I’m looking at today is an iOS app called CNS Barcode, released by Comm-unity Networking systems (which costed $9.99 at the time this post is written). It’s not terribly difficult to set up, but it requires some knowledge of the FMP protocol. We discussed this in a previous blog post on creating shortcuts to a database, but one thing that wasn’t discussed was using this protocol to run scripts.

As mentioned in the previous article, the basic protocol looks something like this:

In order to call a script from the database, we need to specify the name of the script as a part of the FMP protocol. That would look something like this:

We can also pass a parameter to the script as follows:

One other thing to note is that if you are referencing a file on FileMaker Go that is currently hibernated, then you need to use a $ as the server name. We will come back to this later when setting up the scripts for the barcode scanning.

Let’s assume that we are working in a file called Inventory.fmp12, and we want to set up the ability to scan a barcode and store the results in a field (lets call it barcode_data). In order to do this, we’ll need to set up two scripts – one to call the Barcode scanning app, and second to receive the results from the app and store it in the Results field. The process will basically work as follows:

We’ll create the second script first, since we’ll need to reference the name of that script when we call the barcode app in the first script. This script is going to be pretty simple – only two lines long. Since the barcode information will get passed from the CNS Barcode app as a script parameter, then the first line will simply set the field barcode_data with that script result. The second line will just commit the record. So the resulting script will look like this:

Next we’ll build the the script that actually calls the CNS Barcode app. This one’s a little trickier, but it still boils down to a single line. Calling the CNS Barcode app uses something similar to the FMP protocol, but it looks somethin like this:

Note that for the paramter, we specified ::barcode::. This is a placeholder that CNS Barcode requires; when it has successfully scanned a barcode, it will replace that placeholder with the actual results of the scan.

Note: we need to use the GetAsURLEncoded function on the FMP link to make sure that it gets sent to the CNS Barcode app properly. Putting it all together, the actual script looks like this: